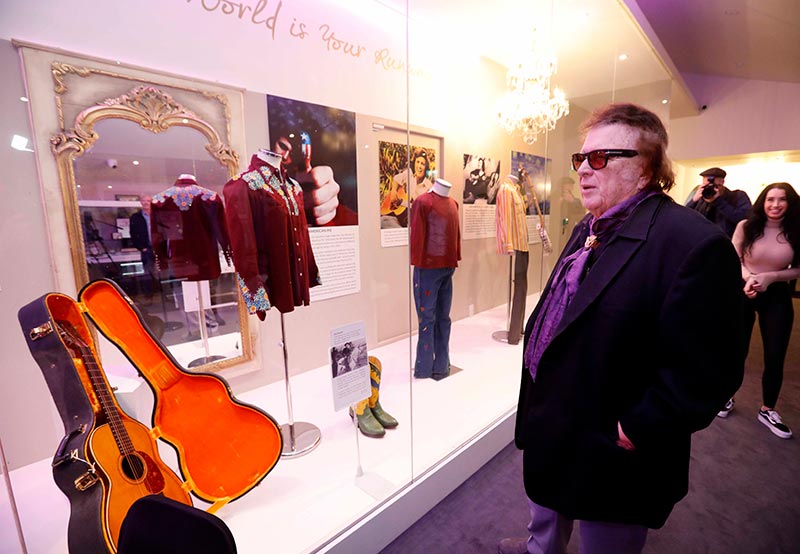 Hundreds of fans descended on Newbridge Silverware today (6th Oct) to meet American Pie and Vincent hit maker, Don McLean. The legendary singer- song writer and one of the most revered folk-rock artists of all time came to the Museum of Style Icons at Newbridge Silverware to open a special exhibition dedicated to his life and works. 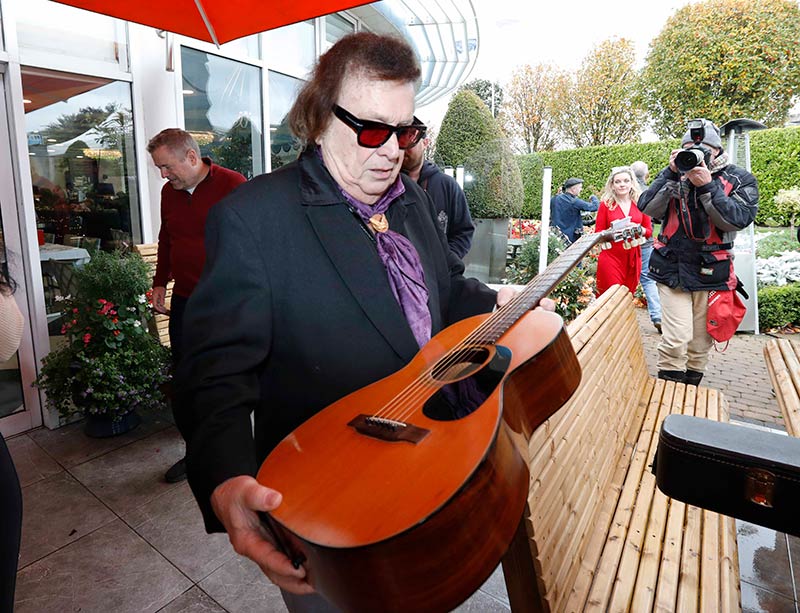 The free to enter exhibition, ‘Don McLean – Starry, Starry Night’ is a curation of some of the singer’s most famous and iconic costumes and personal property such as jewellery, instruments, and favourite garments and accessories. The most important piece in the exhibition is Don’s famous ‘Vincent’ guitar, the instrument he used to write and play his hit single, Vincent, Starry, Starry Night. Don proudly displayed the instrument to the audience who listened to him chat on the stage with fellow musician and broadcaster, Tom Dunne.

The much-loved artist who has sold more than 50 million records worldwide met the public, signed albums, and chatted to some very excited fans who travelled from all over the country to meet the legendary singer.

The exhibition will now remain at the Museum of Style Icons at Newbridge Silverware for just under one month before it goes for auction by Julien’s Auctions on the 11th of November 2022. A portion of the proceeds from the auction will go to the Don McLean Foundation which supports under-resourced college students, homeless shelters and food banks in the state of Maine.

Other important pieces in the exhibition include some of Don’s stage worn shirts and jackets and the crimson sweater he wore for the cover of his American Pie album. The famous photograph of Don Mclean on the cover of that iconic album shows the artist with his thumb painted with the American flag pointing directly at the camera. Today the American Pie album is recognised for its cultural significance and enduring impact. 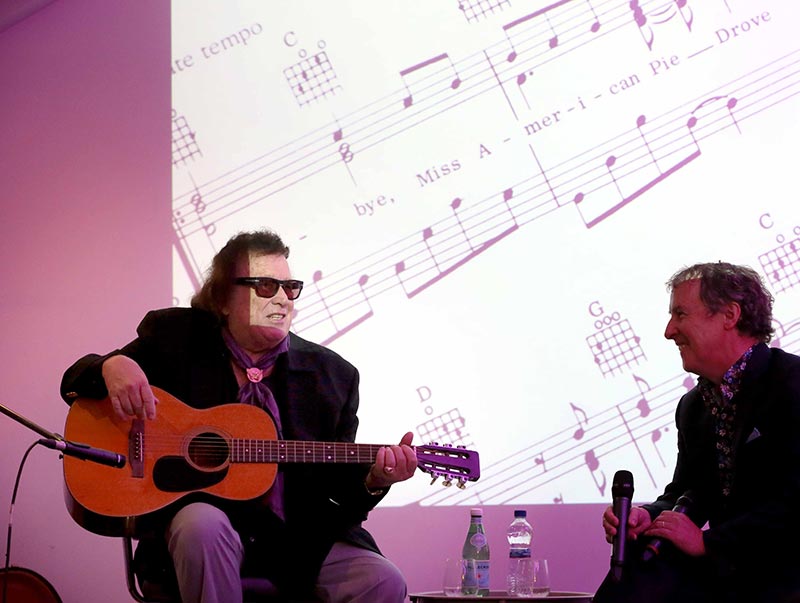 The eight-minute-long song with its poetic phrase, ‘The day the music died’ refers to the tragic 1959 plane crash that took the lives of rock legends Buddy Holly, The Big Bopper and Ritchie Valens. The song gave voice to his generation’s disillusionment of American society and a loss of innocence as the tumultuous Sixties gave way to the uncertain Seventies.

2022 marks the 50th anniversary of American Pie’ and the Grammy-winning star will also perform a fully-seated concert at the 3Arena in Dublin tomorrow (October 7th.)

“Julien’s Auctions is honoured to present this esteemed collection of one of the most influential singers and songwriters of our time, whose artistic genius and poetry defined America,” said Darren Julien, President/CEO of Julien’s Auctions. “We are delighted to offer Mr. McLean’s most precious and personal mementos from his illustrious life and career during this momentous occasion of the 50th anniversary of the release of his magnum opus, ‘American Pie.”

2022 marks the 50th anniversary of ‘American Pie’ and to celebrate Don McLean has embarked on a massive tour.

‘Starry, Starry Night’ opened today the 6th of October at The Museum of Style Icons at Newbridge Silverware, Newbridge, Co. Kildare and runs until the 3rd of November 2022.  Admission is free. For more information see www.visitnewbridgesilverware.com 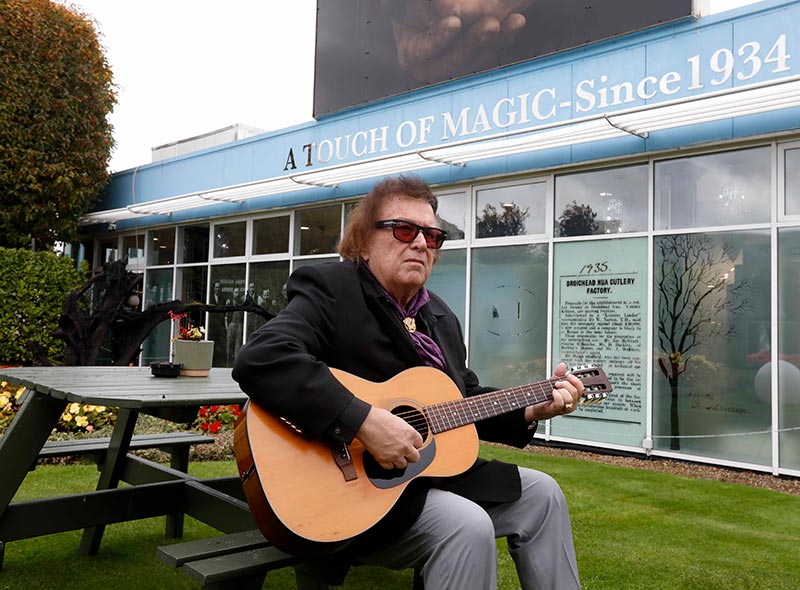 We use cookies to ensure that we give you the best experience on our website. If you continue to use this site we will assume that you are happy with it.
By clicking “Accept”, you consent to the use of ALL the cookies.

But opting out of some of these cookies may have an effect on your browsing experience.
Necessary Always Enabled
Necessary cookies are absolutely essential for the website to function properly. These cookies ensure basic functionalities and security features of the website, anonymously.
Functional
Functional cookies help to perform certain functionalities like sharing the content of the website on social media platforms, collect feedbacks, and other third-party features.
Performance
Performance cookies are used to understand and analyze the key performance indexes of the website which helps in delivering a better user experience for the visitors.
Analytics
Analytical cookies are used to understand how visitors interact with the website. These cookies help provide information on metrics the number of visitors, bounce rate, traffic source, etc.
Advertisement
Advertisement cookies are used to provide visitors with relevant ads and marketing campaigns. These cookies track visitors across websites and collect information to provide customized ads.
Others
Other uncategorized cookies are those that are being analyzed and have not been classified into a category as yet.
Save & Accept
Powered by